How has cinema influenced the transformation and reinvention of the feminine gender?

Following our programming from last year, which focused on cinematic Witches, we are now pursuing an examination of cinema’s images of femininity, this time exploring the forging of the feminine identity, which cinema has so greatly helped to fashion based on its own codes and on aesthetics unique to each culture, with Hollywood acting as a powerful global colonizing force. Cinema has always enabled the imposition of each era’s established references, participating in this manner in the construction of the cage that has for so long served to restrain women, summarized by fundamental notions of the “good wife” and its mirror image, the “whore” - the vamp, the femme fatale. 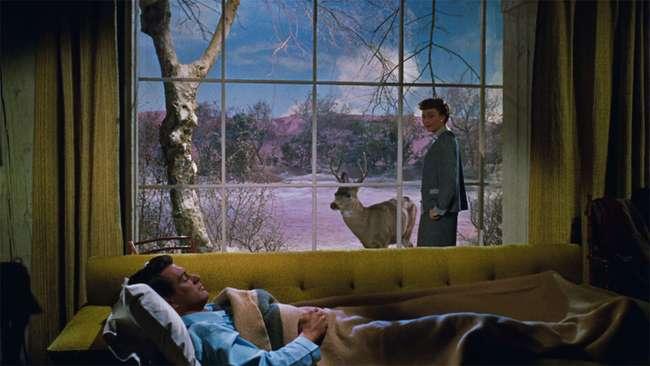 Douglas Sirk, through his highly subtle oeuvre on social relationships, quite aptly demonstrated the alienation of his female bourgeois characters, which are prohibited from living out their own passions, most especially in the sublime All That Heaven Allows (1955). In this memorable scene, it is the deer that is observing the humans behind bars, and not the other way around. And it was, paradoxically, a director reputed for his alarming rapport with his comediennes, Hitchcock, who masterfully illustrated the manner in which the image of women is constructed, and particularly so as a masculine construct. In Vertigo (1958), this is represented by the nightmare that Scottie forces Madeleine to endure, which transforms her into the very image of what he desires from her, thus refuting her own identity. 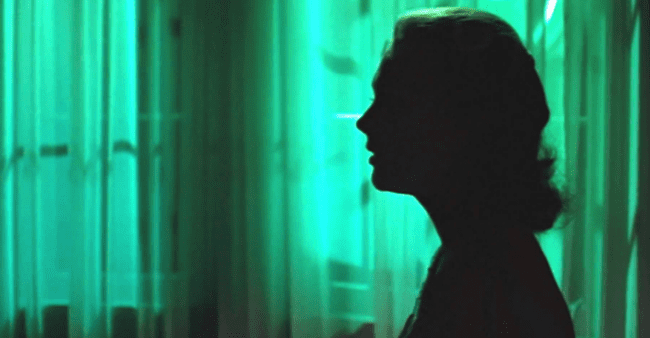 The 70s and the identity revolution

To quote philosopher Paul B. Preciado: “Identity is never essence, it is always relative”. As of the 70s, women - and other minorities along with them - would begin associating with social and artistic movements, creating environments likely to affirm their own identities, as far from the binomial “male/female” duality as they might have been. This counterculture would transform the fundamental feminine icon, replacing Marilyn with Candy Darling, splendid transsexual and Warholian superstar, who was first seen in Paul Morrissey’s Flesh (1968), and who would then go on to be featured many more times up until her appearance in Werner Schroeter’s The Death of Maria Malibran (1972). Candy succumbed to AIDS in 1974, but has remained indelible in no small part thanks to Lou Reed, who featured her as a character in his song Take a Walk On the Wild Side, and who also dedicated Candy Says, a sublime portrait in song, to her.

« What do you think I’d see

if I could walk away from me? » 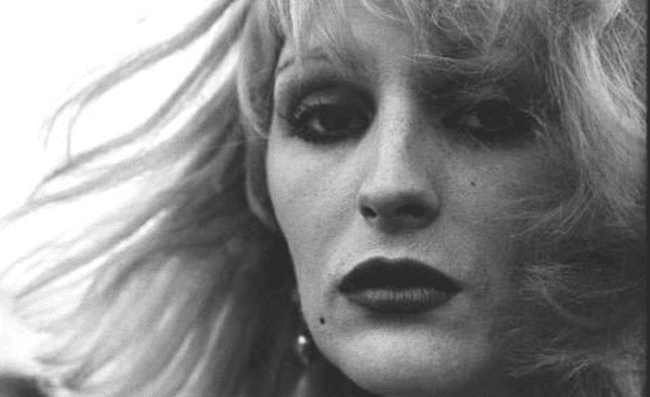 In France, transvestite shows had been lighting up the Parisian nightlife since the 60s. With the portrait captured in his film Bambi (2013), Sébastien Lifshitz showed us the destiny of Marie-Pierre, born Jean-Pierre in Alger during the 50s, who never accepted her masculine gender assignation. After discovering a show in a Parisian cabaret, she decides to move to a different country, change her name, and thus assume an identity of her own choosing. It is with all the power of evidence on her side that she recounts her path, which must certainly not have been an easy one. “I can accept many things. I have no issue with not being shocking to society. But I want to be allowed to live. And I have always known that. It is this very same resistance that has dispelled society’s pressures.” It is as though this movement, which consists of transforming oneself and “breaking out of one’s cage “, demands but also generates its own forces. “Crossings are fraught with uncertainty, with a lack of obviousness, with oddity. This is not a weakness, but a strength”: Paul B. Preciado, An Apartment On Uranus 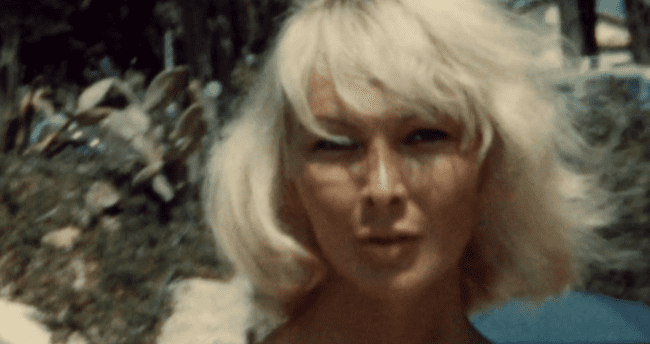 Ovida Delect was born far from any underground or militant scene, but instead in a small village in Normandy. After having fought with the resistance during the Second World War, and following his married life with Huguette, it was at the age of 55 that “he” decided to affirm the identity that he had always felt within himself. In 1986, when for Appelez-Moi Madame (1987) Françoise Romand met and filmed this already elderly couple and their post-adolescent son, Ovida Delect introduced herself in the following manner: “It is as a writer and poetess that I am a citizen of France and of the world”. The beauty of the film is in its presentation of a setting and images on par with Ovida’s own lyrical universe. Throughout these fictionalized passages symbiotically intertwined with such a highly whimsical character, Françoise Romand captures all the complexity and depth of Huguette’s love (now as Ovida’s companion, who had always wanted what was best for her), but also captures the attitudes of their small village’s inhabitants, who were more or less resistant to change. Ovida could no doubt appropriate Bambi’s own words: “Anything from the realm of dreams can be made real”. 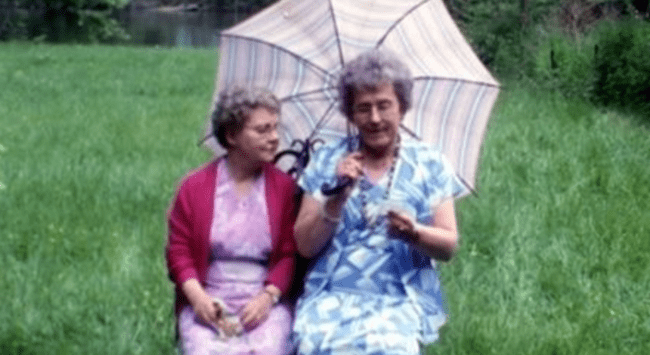 If ever a cultural movement and its cinematographic counterpart were able to bend the bars of our identity cages, it is very much the queer movement. Beyond the male gaze and female gaze, we find queer, a style/outlook/genre/attitude that laughs at norms and takes great pleasure in violently rocking them. Cinema’s godfather of queer was John Waters, one half of a duo alongside his muse Divine, who from film to film would engage in all the very trashiest transgressions. By establishing himself within the suburban American middleclass, and by overturning all its aesthetic and moral codes (in Pink Flamingos (1972), Divine becomes incensed when a couple attempts to seize her title as “The Filthiest Person Alive”), John Waters helped revolutionize gender aesthetics. His films are a sort of degenerate – or rather emancipated - version of Douglas Sirk’s. He is also one of the first filmmakers alongside Warhol to feature transsexual/transvestite characters without calling any attention to that specific characteristic (as opposed to Glen or Glenda or Victor Victoria), thus sparking a minor feminine image revolution. “The trans experience is a whirlwind that recodifies all cultural and political symbols while making it impossible to clearly distinguish yesterday from today, feminine from masculine.” Paul B. Preciado, Je Suis un Monstre Qui Vous Parle 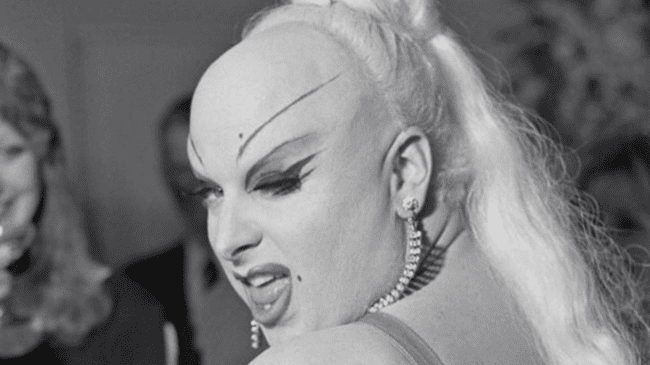 Thereafter, filmmakers such as Rainer Werner Fassbinder, Pedro Almodóvar, Sébastien Lifshitz, Xavier Dolan, or Yann Gonzalez (or even the brilliant video director Brice Dellsperger) developed worlds filled with non-binary, non-gendered, and gender fluid characters, which were very often flamboyant and unforgettable. This is the case with João Pedro Rodrigues’ To Die Like a Man (2009), which follows the downward spiral of Tonia, a transsexual whose glory days as a stage performer are firmly behind her. She is envious of the new guard, and torn between her desire for an operation to complete her transition and the weight of religion, which keeps her from it. With its frequently dreamlike style, Rodrigues invents a counterculture character pressured into changing genders by her entire entourage despite her own hesitation. As a prisoner trapped within this middle ground between technological possibilities and mystical concerns, Tonia is a moving character study in solitude and melancholy. 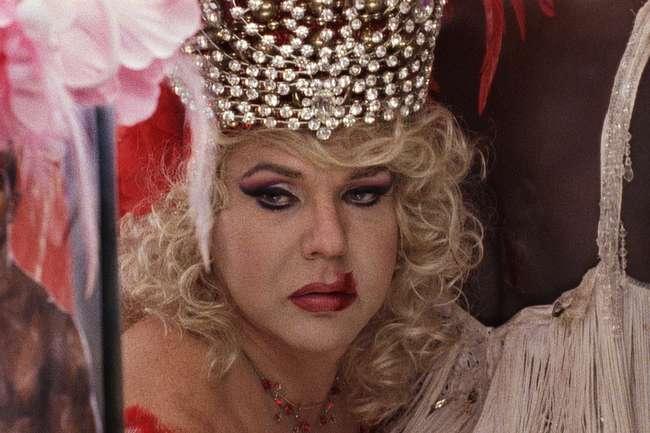 Pedro Almodóvar’s The Skin I Live In (2011) could be seen as a queer and quite savage reimagining of George Franju’s Eyes Without a Face (1960). In its dizzying intrigue, surgeon Robert Ledgard attempts, quite unlawfully, to devise a new type of skin that is impervious to all damage, in memory of his late wife who died in a fiery blaze. Shut away in the surgeon’s baroque dwelling, a test subject lives in this experimental new skin, and it gradually becomes clear to the viewer that this guinea pig is in no way a volunteer, but merely a pawn in the doctor’s retributive scheme. Never before had physical appearance - skin in its most basic state, been such a pivotal point in a narrative that dives so deeply into themes of manipulation and physical transition. 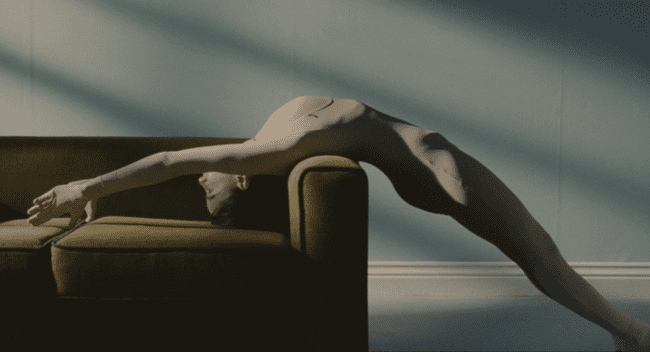 Since Lilly Wachowski has recently confirmed that the Matrix saga was in part a metaphor for gender transition, there can no longer be any doubt that the Gender Trouble described by Judith Butler has already progressed considerably within the cinematic domain. A few such examples have already drawn us into the world of tomorrow. In The Ballad of Genesis and Lady Jaye (2011), Marie Losier documented one of the most impressive transformative gestures imaginable. Out of love, the artists Genesis P-Orridge and Lady Jaye decided to fuse together into a single identity, by undergoing repeated surgical procedures until the ultimate perfection of their mutual resemblance. This “convergent” transitional gesture, filmed with tenderness and a poetic eye, casts the viewer into an intimate whirlwind of loving transference and transition. 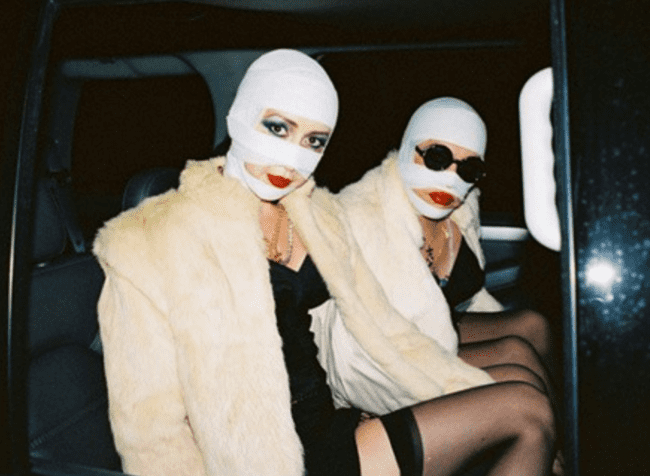 Image : The Ballad by Genesis and Lady Jaye, M. Losier

Wild Side by Sébastien Lifshitz ???

And what of the future? We might already bank on on upcoming films from Alexis Langlois, whose first three short features Trinkets and Dark Thoughts (2016), Your Young Years Will Dry Your Tears (2016), and Terror, Sisters! (2019) succeeded in generating a wholly “gender fluid” world within which numerous characters rival one another’s energy and flamboyance. By repurposing musical comedy codes and aesthetics derived from Kawaï and ultra pop, with his very own Factory and its resident Superstars, Langlois has amassed an army with a single clearly stated goal: “Fuck the cis-tem”. Fantasized vengeance against binary thinking that would see the world reduced into only two camps; intense celebrations in opposition to nightmares. Everything is built right into his films: a community, a perspective on the world, hookup plans, war plans. It is deeply jubilant and profoundly political, as beyond any matters of gender, transition is a far more universal phenomenon, as defined by Paul B. Preciado in An Apartment On Uranus: “It is through transitional processes that we are able to better understand the global political transformation with which we are all confronted (...) Beyond any geographical, physical, or linguistic shifts, what most characterizes both journeys is a radical transformation of not only the traveler, but also of the overall human community that either welcomes or rejects the traveler. The established regime criminalizes all rites of passage, but whenever a crossing over becomes possible, the first lines of a new roadmap for society are drawn, enabling new forms of life production and reproduction”. 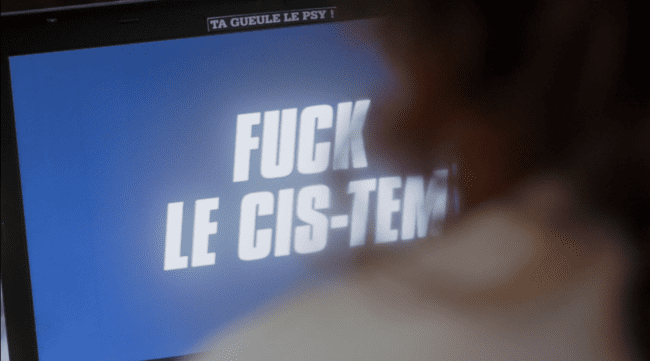 From birds to men, the song remains the same, as so plainly and sublimely stated by Alejandro Jodorowsky: “Birds born in a cage think flying is an illness”.

Thanks to our partners